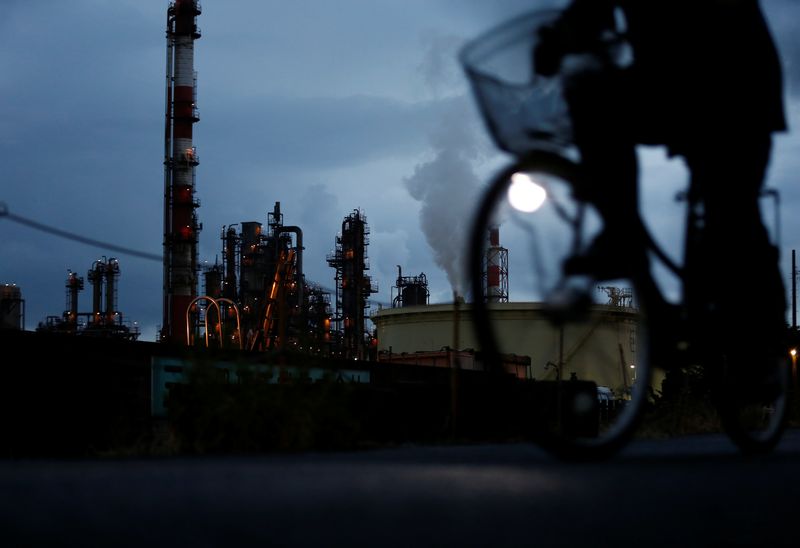 TOKYO (Reuters) – Japanese factory output may have fallen for a second straight month in October, while retail sales may have grown at the fastest pace since May 2021, according to a Reuters poll of 17 economists, pointing to an uneven recovery from the COVID-19 pandemic. .

Mixed signs point to difficulties for the third-largest economy to remain stable as Prime Minister Fumio Kishida, whose popular support is waning, rolls out more stimulus to curb inflation.

In addition to the pain of rising costs of living and doing business due to a very weak yen, a global recession is looming, dampening business sentiment, analysts say.

Data from the Ministry of Industry, due at 2350 GMT Nov. 29, is expected to show industrial output fell by 1.5% in October from last month, following the previous month’s decline of 1.7%, a Reuters poll showed.

This was the second straight month of decline.

“While driving is recovering due to factors such as the lack of a chip, concerns about the global economic crisis are growing, the demand for electronic devices and equipment is in line with the economic situation,” said Takeshi Minami, an economist at the Norinchukin Research Institute. .

In anticipation of a recovery in specialty foods, which make up more than half of the economy, separate data due at 2350 GMT Nov. 28 is expected to show retail sales grew 5.0% in October from a year ago, the fastest annual gain. from May 2021.

The decrease in the number of cases of the seventh case of COVID-19 has led to demand for various products, including cars, whose production also increased last year, experts say.

Further information released at 2330 GMT Nov. 28 may indicate that the labor market is still strong by indicating that the shortage of workers may increase in industries that have many jobs such as labor companies, possibly raising wages.

Employment data may show the unemployment rate fell to 2.5% in October from 2.6% the previous month.

Job availability stood at 1.35 in October, up slightly from the 1.34 seen last month, meaning there were more than 10 jobs available for every 13 job seekers.

Land service data due at 0500 GMT Nov. 30 may have indicated that housing starts fell 1.3% annually in October, moving from the 1% gain seen the previous month.