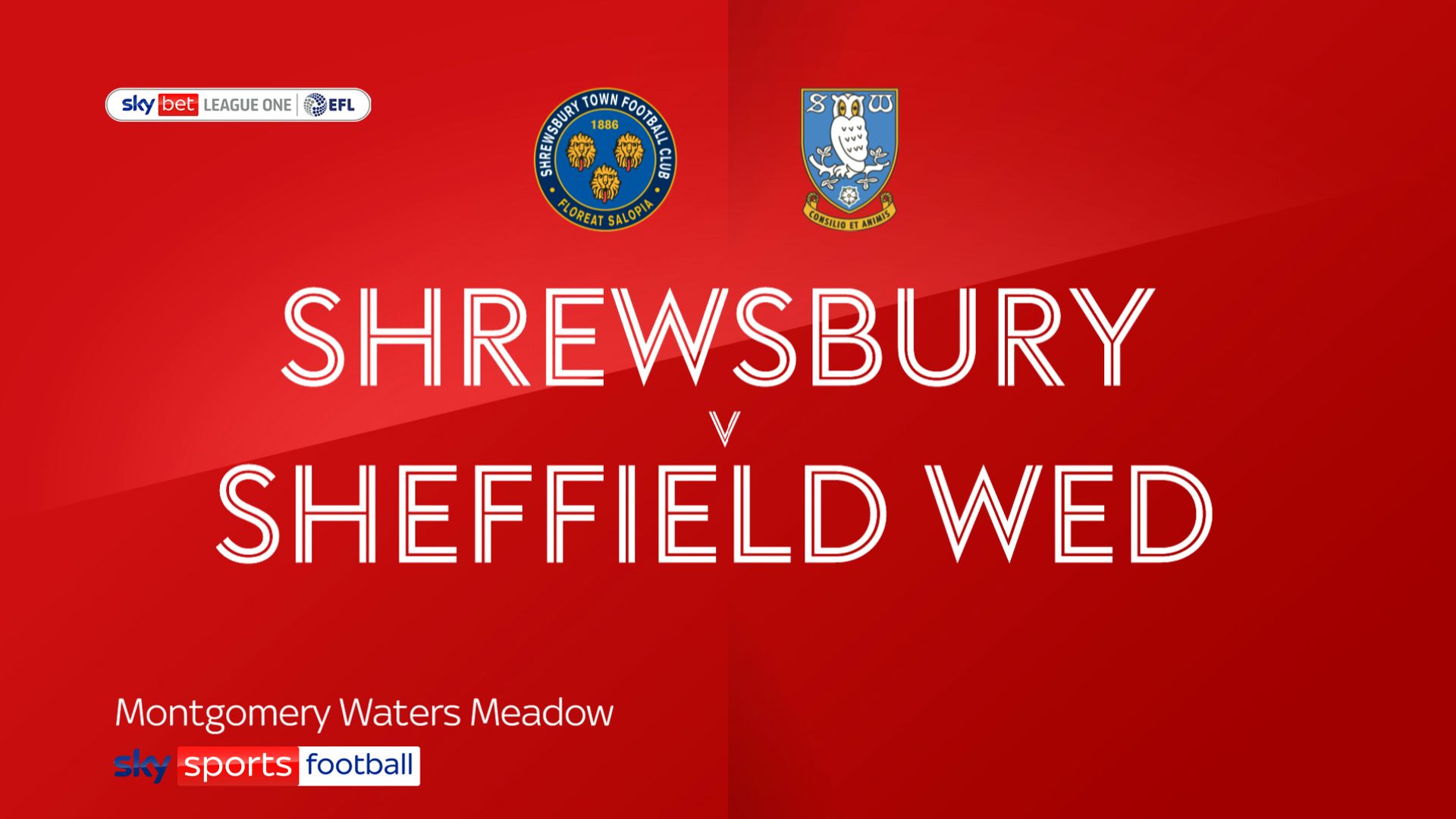 Mark McGuinness scored a first-half winner as Sheffield Wednesday continued their pressure on the League One pacesetters with a 1-0 win over Shrewsbury.

McGuinness headed home the only goal of the game six minutes from time as Wednesday closed the gap on Plymouth to three points, leaders held by Burton.

The goal came at the end of a frustrating first half for the home side, with former Wednesday midfielder Chey Dunkley blocking most of his chances.

Fisayo Dele-Bashiru and Josh Windass had the best chances for the Owls but Shrewsbury held firm until the 39th minute.

The hosts ended the threat when skipper Barry Bannan whipped in a corner and McGuinness rose to score his first goal for the club.

Shrewsbury had a chance midway through the second half but Taylor Moore saw his effort go wide of David Stockdale’s goal.

Wednesday’s best chance to double their advantage came when Bannan was put through on goal but goalkeeper Marko Marosi saved and substitute Lee Gregory was unable to convert his follow-up.

The rest were almost rewarded for not finishing the game when Matthew Pennington almost grabbed a goal with a curling ball that went over, with the Owls having to defend strongly in the dying minutes to walk away with the win.