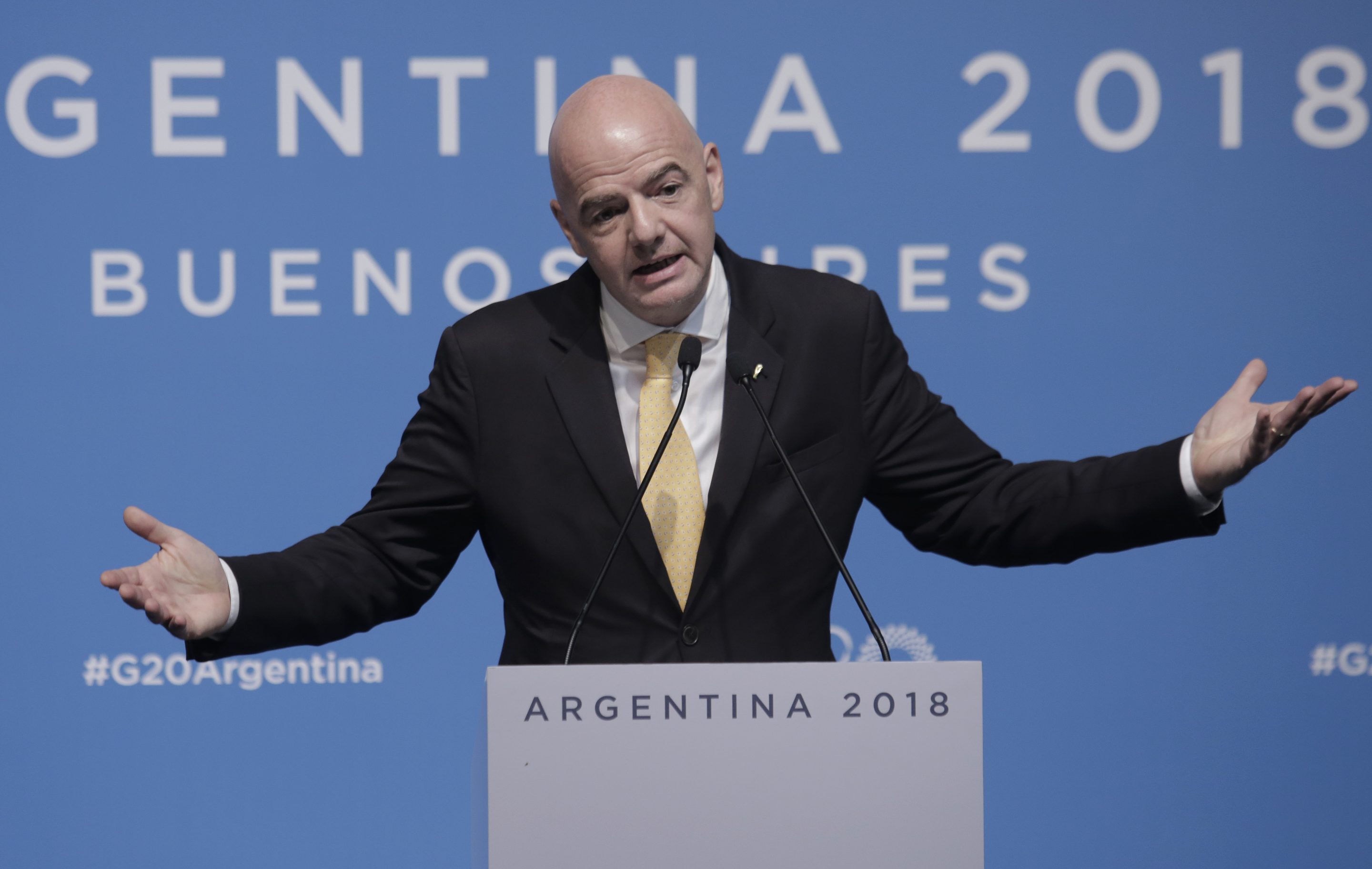 Speaking after months of complaints about the country’s treatment of migrant workers, anger over its LGBTQ laws and questions about the legality of the decision to host the tournament there, Infantino said it was wrong for Europe to educate the Qataris.

“For what we have been doing in Europe for the past 3,000 years, we must apologize for the next 3,000 years, before we start providing moral education to people,” he said on Saturday.

Infantino said there has been a change in the way migrants are treated, mainly because of the World Cup. On the eve of the much-contested World Cup, Infantino said his experiences as the son of Italian immigrants in Switzerland helped him understand what it means to be persecuted as a foreigner.

“When I was a child at school I was bullied because I had red hair and freckles. And I was Italian, guess what,” Infantino said.

After last-minute changes on Friday to the rules regarding the sale of alcohol at the event, there are fears that other rules governing the competition may be changed. Infantino tried to reassure the LGBTQ community that they would be safe, even though Qatar’s laws prohibit homosexuality.

“Gay people are welcome in Qatar,” he said.

Infantino said the Qatar tournament presented many challenges, including having so many stadiums at such a short distance. That was what led to new liquor laws, he said, before lifting the ban.

“If this is the biggest issue we have at the World Cup, then I will quit my job immediately and go to the beach to relax,” Infantino said, adding that fans could go without alcohol for three hours.

The head of FIFA said that the tournament should beat the money coming from the Russia World Cup four years ago in terms of press rights, sponsorship and ticketing, which would exceed the previous record of $5.4 billion.